So, I got a working title for the game Flip Clock Adventures. I think the title does a good job reflecting the shifting gravity mechanism of the gears. We’ll see if it sticks 🙂

Since the last update, I’ve been working on the final boss and ending cinematic for the game. But for this post, I’d like to share some screenshots from World 3 of the game. This “world” inside the clock is a digital world, so you’ll see a lot of circuitry and lights in the background. It also features turrets that fire heat seeking missiles. 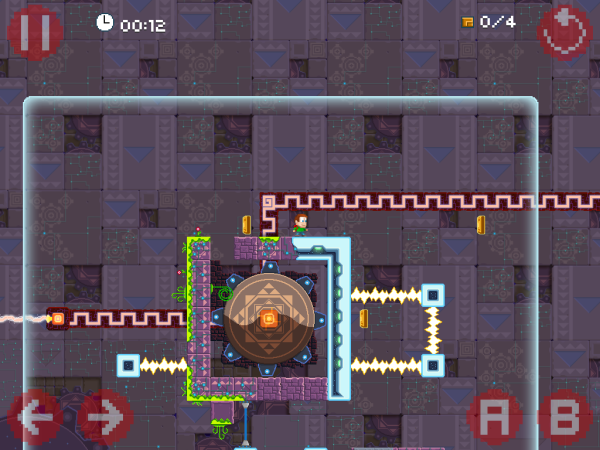 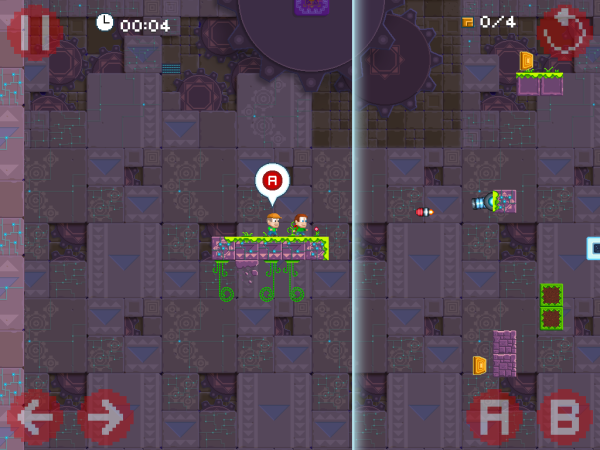 To go along with that, here’s a preview of what the Home screen and the level select screen will look like. The home screen is currently missing the Game Title, which will be added later once the name and design is finalized.

Finally, I’d like to share some screenshots from the intro cinematic. This is where we find out the origins of our hero and the start of his adventure into the clock. 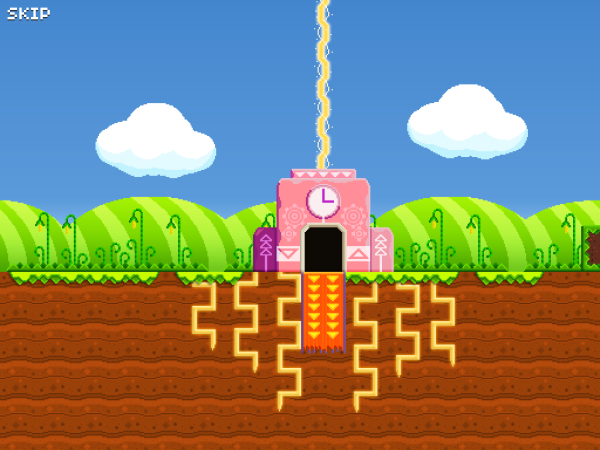 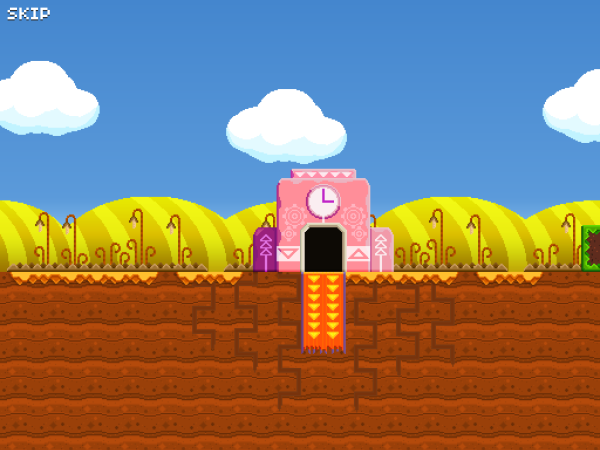 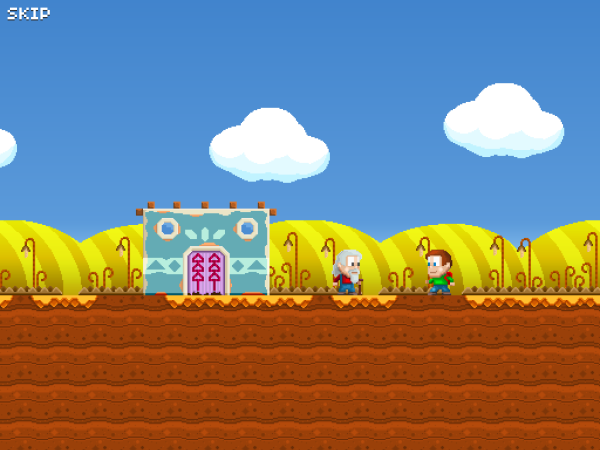 Stay tuned for the next post. I’ll include some gameplay gifs!