I got some feedback from the last screenshots posted that the pixel size of the player and world was too different and should be matched. I was previously scaling the world sprites by 2x (nearest neighbor). This caused the world sprites to have 2x the pixel size than the player, since the player was not scaled. The discrepancy was made more apparent during the cinematic section of the game when the camera zooms in on the player.

So I decided to bump up the detail in the world sprites since I did not want to lower the detail of the player. I spent this week redrawing the world sprites for world 1 and part of world 2. During this process I had a chance to refine the world look – deteriorating, mystical stone platforms that are at places held together by metal frames.

Here are the new screenshots of the updated world.
In these series of screenshots you can see the player at different positions around the gear. 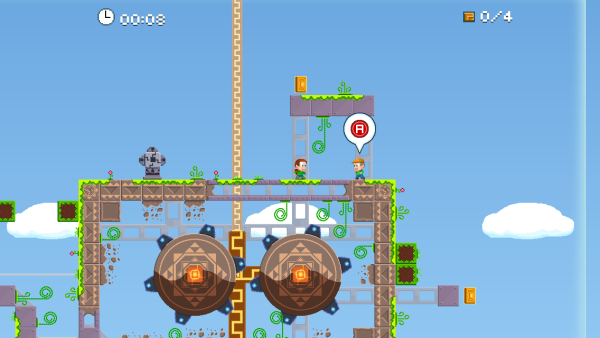 Player starts at the top of gear.

Player then jumps to the side of the gear. 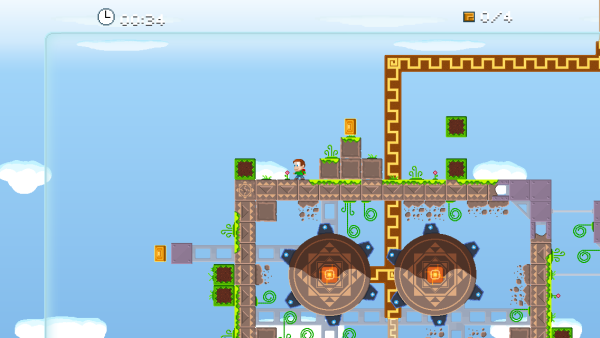 Player then jumps to the bottom of the gear.